The Voice of Wine Award is annually given by the WBWE board of directors and is aimed at giving credit to the individuals, institutions or associations that are characterized by their support to the values of wine. 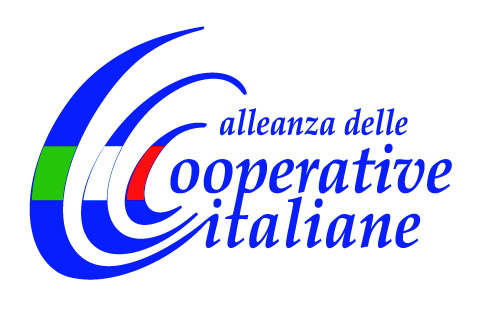 The organizers of the 11th WBWE have unanimously agreed to award the “Voice of Wine” Prize to the Italian “Alleanza delle Cooperative” in recognition of their work in support of the wine sector, having placed an emphasis on bulk wine, and as well as for their efforts carried out in Italian rural areas.

The Alleanza is formed by a total of 480 cooperatives with 141,000 members who produce almost 60% of Italy’s overall wine production and generate more than 5,200 million euros, i.e. 40% of the sector’s overall turnover.

The “Voice of Wine” Prize is devoted to the recognition of the efforts of individuals, companies, institutions or associations that are characterised by their support of the wine industry in general and of the bulk wine sector in particular. The winners so far have been: the OIV (International Organisation of Vine and Wine), the European Committee of Wine Companies, Argentina’s Wine Corporation, Wines of South Africa, Coop de France Languedoc-Roussillon, Wines of Moldova, Prochile and the Regional Government of Castile-La Mancha.

The Regional Government of Castile-La Mancha was awarded the 2018 Voice of Wine prize for its continued strong support for the creation of the World Bulk Wine Exhibition, as well as its special relationship with the wine sector, that is the economic, social and cultural emblem of this Spanish region, and also due to the constant advocacy of the efforts of its wineries and cooperatives, particularly abroad. Covering 475,000 hectares of vineyards.

Castile-La Mancha accounts for half the wine-growing surface area in Spain and produces an average volume that ranges from 21 to 24 million hectolitres of wine and grape must, which also accounts for 50% of the national production.

ProChile, an institution operating under the Chilean Ministry of Foreign Affairs, receives the Prize Voice of Wine 2017 for its constant encouragement of Chilean wine in foreign markets and their remarkable marketing and advertising campaigns, and because it spreads the superb quality and diversity of their wines around the world, in addition to having come to make wine one of the great insignias of the Chilean foreign trade.

Alejandro Buvinic, director of ProChile, provided these comments when informed of the award: “For ProChile, it is an honor to receive this prize Voice of Wine 2017, which is given by World Bulk Wine Exhibition, because it shows that the work that we have carried out as an institution since we started operating –and in the case of the wine, this work has been continuous and evolving– has been fruitful and it is now renowned. Today, Chile is the 4th global wine exporter accounting for more than US$ 1,800 million, where bulk wine represents 42% of our overall shipments. All this is due largely to varied promotional measures, through diverse programs and tools with campaigns across all continents. This leadership is the merit of our producers, but also of this institution that for many years has been supporting the promotion and entrance to new markets”.

Wine of Moldova receives the Voice of Wine 2016 Award, “for the efforts of its winegrowers, wineries and public administration in the promotion of bulk wine, for its ability to adapt to international markets and for the quality of their wines”.

Otilia Romero de Condés, director of the WBWE and president of the jury underlined the “great deal of effort invested by the Moldavian wine sector of adapting with the times and not depending exclusively on sales to tradicional country clients”. This way, she highlighted that, since 2008, Moldavian exports have grown at an annual rate of more than 10%; and that sales to Russia and to the surrounding republics have fallen from 85.5% to approximately 60%.

In Moldova, 250.000 jobs rely on vineyards and wineries. The Moldavian wine industry represents 3.2% of GDP and 7.5% of exports. These numbers are due to the effortless activity of 140 companies that manage to export for an annual value of approximately 150 million Euros. The Coop Languedoc Roussillon was the winner of this year’s Voice of Wine award, a tribute to the continuing effort in promotion carried out by the Languedoc Roussillon region in France and abroad. By delivering the 2015 Voice of Wine award we want to praise the quality and diversity of these wines, produced with the utmost respect for the wine tradition typically associated with this emblematic region of the South of France. Argentinean Viticulture Corporation (COVIAR) and the Fondo Vitivinicola Mendoza –in charge of the Argentinean Wine campaign– were awarded the prize Voice of Wine 2013 in recognition for their respect, care and support to the wine sector.

Otilia Romero Condés, the Director of the WBWE, explained the decision of granting this prize to COVIAR by pointing out “their efforts to promote wine on national markets and their firm support to the initiative of the presidency of the nation to designate wine as the National Beverage of Argentina”. Wines of South Africa (WOSA) was the highlight of the World Bulk Wine Exhibition after being awarded the 2014 Voice of Wine prize. With this prize, the WBWE rewards the efforts made to promote South African wine abroad, as well as the improvements on image, like the bag-in-box packaging.

WOSA is a non-profit organization whose mission is to contribute to the large- scale success of the wine sector in this area by creating the brand “South Africa”, and also to widen the respect for this country as a producer of exciting wines with a superb quality-price ratio. The award, received by the International Organisation of Vine and Wine (OIV) in 2011 rewards the noteworthy work of individuals or collectives in defending the values of wine, and their efforts to promote this sector which is so important from an economic, cultural, and social perspective. European Wine Committee (CEEV) was the winner of the Voice of Wine 2012. The jury considered the CEEV, based in Brussels, to be the deserving winners of the award because of their “passionate defence of the wine sector before the highest European authorities and powerful anti-alcohol lobbyists, and for always conveying a positive message of moderation about the social, cultural, economic, and health benefits of wine”.